Jurong-Clementi Town Council (JCTC) has concluded its investigation on why, as found by SCDF on 1 Nov 2019, there was no water supply for the fire hose reel at the 13th floor of Blk 210A, Bukit Batok St 21 at the time. It has found that J. Keart Alliances Pte Ltd (JKeart), the contractor responsible for maintaining the hose reels, had been negligent in failing to ensure that a selector switch at the pump room in Block 210A was in the correct mode following a maintenance exercise of the pumps carried out 2 weeks beforehand. As a result, JCTC will issue a Notice of Non-Performance to JKeart holding it contractually responsible for the failure.

JCTC will continue to partner Bukit Batok community leaders to support Mdm Goh and her family, and is grateful to those who have made donations for the purpose. JCTC Town Councillors continue to keep Mdm Goh and her family in our thoughts and prayers.
No water supply for fire hose at 13th Floor of Blk 210A, Bukit Batok St 21, on 1 Nov 2019
JKeart had earlier provided JCTC a report, including signed statements from several of its employees who attended to the incident at Blk 210A on 1 Nov 2019, asserting that the hose reels had been properly maintained and, in particular, that there was water supply to the hose reels at the material time.
JKeart’s report contradicted Singapore Civil Defence Force (SCDF)’s findings that the hose reel on the 13th floor of Blk 210A had no water supply during  its firefighting operation at about 4.30am on 1 Nov, JCTC undertook further investigation.
Apart from interviewing JKeart and its employees, JCTC retrieved and examined video footage from the CCTVs installed at the lifts of Block 210A.  After close review, it found that on the day of the fire incident, at about 8 am, a JKeart employee took one of the lifts at the block to the top floor from which the pump room may be accessed.
JKeart, after revisiting the matter with the employee, informed JCTC that its earlier report asserting that there was water in the hose reel on the day of the fire incident was incorrect. It disclosed that the employee concerned had confessed he went to the pump room at about 8 am on the day in question, after the fire, and saw that the selector switch was in “manual-mode”. In that mode, there would be no water pumped to the hose reel system. He immediately switched the selector switch to “auto-mode”, which activated the pumping of water to the hose reel system. JKeart further informed that its employee had switched the selector switch to “manual-mode” during a recent maintenance cycle conducted 2 weeks beforehand, so as to check each pump’s operations separately. He had then forgotten to switch it back to “auto-mode”.  This failure had led to the hose reel system in Blk 210A having no water at the time when SCDF officers were engaged in the firefighting operation.
JCTC will issue a Notice of Non-Performance to JKeart holding it contractually responsible for its failure to ensure that the hose reel system was operationally ready. JKeart has informed JCTC that it has taken appropriate action against its employee, who will also be redeployed.
Why the hose reel cabinets in Block 210A had been secured with padlocks
JCTC has also looked into why the hose reel cabinets in Block 210A had been secured with small padlocks. The action to lock the cabinets had been taken by one of its property officers, following frequent vandalism of the cabinets. This was a mistake, as it meant that the cabinets could only be opened with force during an emergency, as SCDF had done during the recent fire incident. In the recent incident, despite gaining access to the hose reel system, SCDF was not able to activate it because it had no water for the reasons set out in the above section.
While the officer has provided dedicated service to JCTC over many years, he will be redeployed. Two senior officers with supervisory roles over the officer will also be penalised.
Vandalism of fire safety equipment
Separately, JCTC officers have inspected the hose reels, fire extinguishers and other fire safety equipment in all the seven wards in JCTC to ensure they are in working condition.  It noted that while almost all the hose reel systems were in operating condition, many hose reel cabinets had been damaged through vandalism. In a few instances, other fire safety equipment had also been vandalised. JCTC is taking urgent steps to repair and replace the damaged cabinets and equipment.
JCTC will not hesitate to refer persons damaging and misusing fire safety equipment to the authorities for investigation.   JCTC is also looking into other steps to minimise the incidence of vandalism in the future, including changing the design of hose reel and fire extinguisher cabinets and their locking mechanisms.
JCTC has set up a committee comprising of elected Town Councillors Mr Ang Wei Neng (as Chairman), Dr Tan Wu Meng and Mr Murali Pillai to recommend measures to ensure reliability of fire emergency equipment, beyond the actions already being taken. The committee will engage independent experts and residents before making its proposals for further corrective and preventive measures. 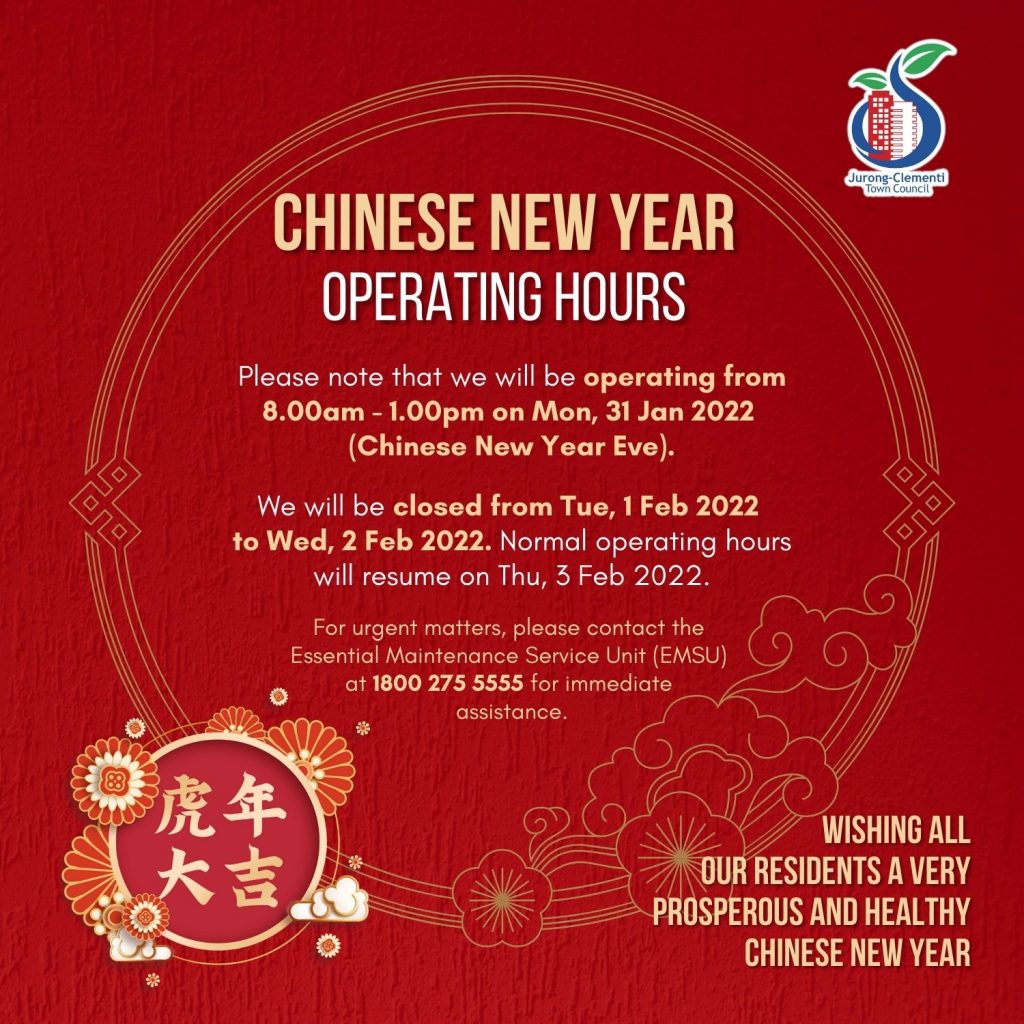